Norsk Tipping AS is pleased with the statement in the EFTA-Court Wednesday where the court confirmed that the principle of a state monopoly for gaming and gambling is not in conflict with EEA-law.

In a statement made to the Oslo City Court Wednesday, the EFTA Court confirmed that the main principles of Norwegian gaming and gambling policy are not in conflict with EEA (European Economic Area) law. The EFTA Court’s statement was made at the request of the Oslo City Court in connection with the international gambling company, Ladbrokes legal proceedings against the Norwegian Government.

“The conclusions are very positive for Norsk Tipping and we also believe that Norsk Tipping fulfils the requirements laid down by the court to justify the monopoly”, comments Reidar Nordby Jr., President and Chief Executive Officer of Norsk Tipping AS.

The Norwegian Attorney General, Dr. Fredrik Sejersted, was also very pleased with the EFTA Court ruling, and stated that it confirms the consistency and legitimacy of the Norwegian gaming legislation.

However, as Ladbrokes claims that Norwegian legislation of gaming and gambling is in conflict with the EEA-Agreement, the case will continue in the Oslo City Court, but the advice from the EFTA Court give important signals to the future proceedings. The Court has not yet fixed the date for these proceedings. 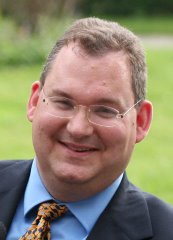